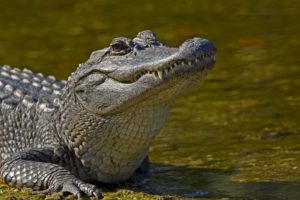 This morning, Northwestern’s chapter of Phelta Thi fraternity reported to campus police the unexpected delivery of a crate shaped exactly like an alligator.

“It’s a head-scratcher,” chapter president Jake Mack, WCAS ’17, told reporters before the Phelta Thi brothers took the court in intramural basketball. “We have literally no idea what the package could be.”

However, this did not stop members of the fraternity from speculating.

“It could be booze,” Francis White, SESP ’18, said. “Or girls. I’m not sure how to identify other types of stuff.”

“I bet it’s a thank-you from the girls at Quad Delt,” Mike Yates, WCAS ’18, said. “We had a killer mixer with them last quarter. Great music—I DJ’d, hit them with my ‘Yeezy Only’ playlist—and pretty much all of them got laid. I’d send us a cool present too.”

Police have advised Phelta Thi leadership that the package is the exact length, weight, and shape of a male Alligator mississippiensis, and should not be opened. Mack, however, is not so sure.

“I know the box looks like an alligator, but I doubt it actually is an alligator,” Mack said. “I mean, Phelta Thi is the coolest frat on the block. Top tier. We get the hottest chicks at our parties—you should have seen this girl Rachel I hooked up with once.”

“What would anyone have against us? We’re the last organization someone would terrorize with a twelve-foot murderous reptile.”

Despite this public stance, Mack said in text messages obtained by The Flipside that “even if its [sic] actually dangerous, we’ll just make pledges put their thumbs in the gators butt.”