Op-Ed: My President was White 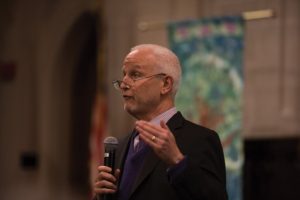 Ta-Nehisi Coates, who visits Northwestern today, recently wrote about how his president was black. I guess I too had a black president, the same one Coates wrote about, in fact. But I also had another president. His name is Morton O. Schapiro. And Morty, as they call him, he is white. So I guess you can say my president was white.

Let me explain. To my knowledge, Morty is not black, or any other race other than white. And at least as of this writing, he is the president of Northwestern University, the school that I’m graduating from this quarter. So with this information in mind, I can reasonably say that my president was white.

I’m assuming there’s a lot of implications to this. Morty’s kids must be at least partially white if genetics works the way I think it does. Morty probably says he’s white on census forms too. How else does Morty being white affect the world? Only time will tell.

Overall, while Ta-Nehisi Coates had a black president, I also had a white president, specifically Morty Schapiro. He seems like a good guy.