Area Woman Drawn Like One of His French Girls 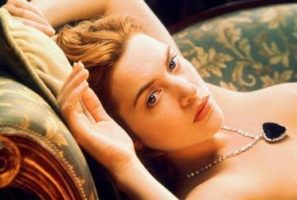 Several sources reported today that Violet DeHewitt, SoC ’19, has been drawn like one of his French girls. Unnamed individuals saw that DeHewitt posed for a drawing on the Lakefill last night for several hours.

“Nothing really inspired me; it just CAME to me all of a sudden, you know?” squealed DeHewitt amongst a string of tee-hees. “I don’t even speak French; I don’t even model… I don’t even know,” DeHewitt added. She then stared blankly to the left of center as the wind ever so gently parted her hair.

DeHewitt was doing some nighttime calisthenics when she heard a stranger vaguely mumbling something in a language that might be French. Inspired by some unknown ambition, she stripped stark nude, approached the stranger, and demanded, “Draw me like one of your French girls!”

The stranger, not one to turn down a scenic view, graciously obliged, taking out his iPhone to open the long since forgotten Draw Something app. After sketching a crude draft of her nude figure, the stranger screenshotted it, exchanged numbers, said something in French-sounding language, and then continued to walk with his family around the Lakefill.

The stranger could not be reached for questioning, but DeHewitt was more than happy to answer more questions. She asked to move the interview to the Bienen School of Music, where upon entering she blurted, “I’M THE KING OF THE WORLD!” much to the confusion of reporters. Any further questions were answered with alternating responses of “I’ll never let go!” and “There’s a boat, Jack!”

Reporters slowly trickled out, leaving DeHewitt to her hysteria.