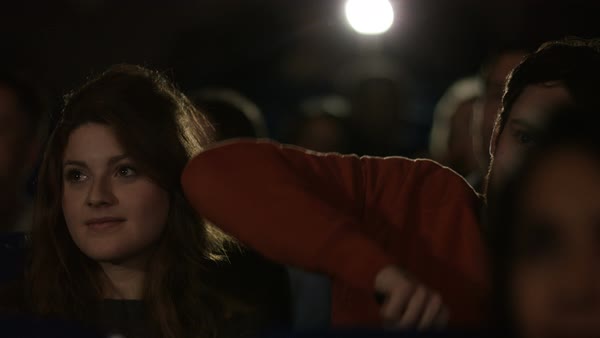 According to sources close to the incident, area boyfriend Chet Bassera, WCAS ’18, was seen repeatedly nudging his significant other during Friday night’s Burlesque Show.

Girlfriend and begrudging attendant of the show, Genevieve Hunter, WCAS ’18, was seen to roll her eyes and huff in response to her boyfriend’s goading. Nearby show-goers overheard several pointed comments from Bassera, including but not limited to “Look at her!”, “Can you believe how hot that was?”, “She’s, like, a ten!”, and “Getting any ideas…?”

Hunter divulged to reporters that she was invited by her boyfriend to the Burlesque Show under the pretense that it would be an “artful display of athleticism and dance”, and a fascinating show for them to discuss critically. She began to doubt his claims when as soon as the lights went down Bassera handed her a pen and paper, saying “Take notes, babe. There’ll be an exam following the lesson.”

Throughout the show, Bassera was spotted poking and nudging Hunter to see that she was in fact watching, and taking notes. When he spotted his significant other randomly doodling “Fuck this,” he shook her arm and pointed at the stage, whispering “That could be you if you just went to the gym with me more!”

As of the last report, Bassera was too busy ogling the dancers and vacantly elbowing the empty space next to him to notice his girlfriend’s departure, and the doodle of a middle finger left in her stead.