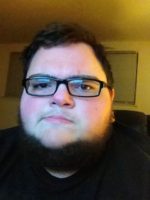 In a turn of events that left one noble soul reeling, Gabe “The Jackal” McGillicutty, MEAS ’20, did not get laid after holding the door for a random woman. Witnesses report that the electrical engineering major was standing by the automatic door at a local Best Buy when a “stuck-up bitch” went through and didn’t immediately have sex with him.  “I did everything. I tipped my fedora in greeting. I winked at her as she began to move through the door. As soon as she was through, I pointed at my crotch so she’d know to get to work. But she just kept walking!”

Onlookers were impressed by McGillicutty’s moves, and equally shocked at the stranger not being grateful enough to put out. The woman, identified as Angela Westing, WCAS ’20, reportedly mumbled a “thanks” as she exited, staring at her phone.

Gasping spectators demanded to know what drove Westing not to reward McGillicutty’s knightly behavior. One particular witness asked what made Westing “act like such a prude.”

“That asshole?” Westing responded. “He’s been following me everywhere for like the past week, holding doors with this goofy ass grin while lightly hip thrusting. He ever touches me or my things and I’m fucking calling the cops.”

Not one to be dissuaded, McGillicutty made a second attempt. After chewing on a piece of gum, the engineer wiped the French fry crumbs from his Star Trek shirt, and used the leftover Burger King grease on his face to slick back his long black hair, following Westing to her car. Upon opening the car door for her, Westing proceeded to pepper spray McGillicutty, and drive off with her newly purchased Apple TV.