Professor Hooked on Telling Students to Forget Everything They Know 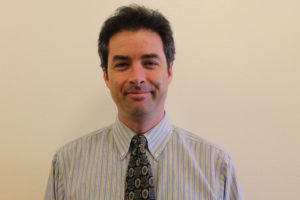 According to both bored students and faculty alike, one professor is hooked on the rush of telling his students to forget everything they know. Professor James Farnigan, a sociology and philosophy professor in Weinberg, has been seen absolutely giddy with joy at repeatedly breaking down students’ expectations. “I watch the entirety of Dead Poets Society three times before bed, and once before breakfast. The establishment may have poisoned these kids’ minds, but I’m the one who’ll bring out the truth in their hearts!” said Farnigan with a look of crazed euphoria in his eyes.

Parents have reported to feeling uncomfortable at the professor’s unusual teaching methods. One concerned sophomore spoke up against the teacher’s thrill ride: “Sure, I can understand the benefits of having class outside, or trying to silence one’s core beliefs in order to see a new perspective. But I feel like burning the textbooks he asks us to buy is just wasteful, as well as insulting to lower income students.”

However, after being questioned by both parents and the administration, not even the students will support the wave of counter-culture high Farnigan is maintaining: “It was cool at first, but enough’s enough. The student body is tired of being asked to look at our reflections in a pocket mirror, and then smashing it on the floor, or contemplating the significance of a rose in a garden of daisies. Honestly? We’re just bored.”

At press time, the professor’s crusade for students to forget everything they know had extended to basic motor functions. Farnigan was seen crab-walking into seminar, asking whose goddamn idea it was to stand on two legs, while occasionally drooling.