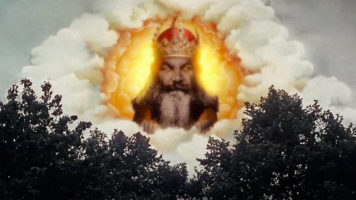 As the first leaves of fall hit the ground, Cru is back like a boomerang to gently coerce new, unassuming students into joining their cult, formerly known as the Campus Crusade for Christ. As part of their continued rebranding, Cru has taken on a more inconspicuous name as to not scare away students until the first mentioning of Jesus Christ, and has begun offering harmless items such as sunglasses in order to relate to their secular peers.

With shop set up right outside Sargent Dining Hall, Cru was determined to catch some unaware freshmen off guard. After cutting off multiple students from food and water to generously offer their free sunglasses, only to hear many “No thank you”s much to their chagrin, Cru finally had a stroke of luck when Weinberg freshman Johnny Simpson noticed their table of free sunglasses, and, bewildered by his luck, failed to see through Cru member Luther Churchill’s strained smile and desperate eyes.

“The sunglasses definitely drew me in, but then I was being asked if I wanted a personal relationship with God in order to rid me of my sins, and I thought, ‘why the hell not?’” When asked if it was possible to see God in person, Johnny answered, “Initially, I was skeptical, but after putting those sunglasses on, man, he was right there, right before my eyes. It was incredible.”

Cru’s recruitment rate has been at a record low for the past few years, so the realization of this young man was a big win for the ailing organization. Luther was asked to comment. “Yes, it truly is incredible. I mean, we didn’t even have to invite him to every single event we were holding or double team him with our pamphlet about Jesus Christ; he just sort of saw our vision, I think. He’s surely a natural and will make a great addition to Cru.”

Johnny’s friends were asked for their thoughts on their friend’s radical religious change: “He’s fucking with you.”