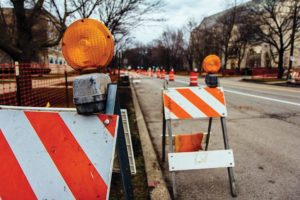 Students, faculty, and construction staff were surprised Monday morning when they found that the construction on Sheridan had concluded. What was a gravelly mess the day before is now a road. “It was, like, all dirt yesterday,” said one Plex resident who was particularly surprised when he didn’t have to wait ten minutes to cross and lost his favorite excuse for being late to class.

A group of Civil Engineering students led by junior James Winston has now come forward to take responsibility. Winston said, “Yeah, so we were at a party and decided cocaine was the move. We remembered the unfinished road and we decided that we’re pretty much the Blues Brothers. We had a mission from God, but we knew we had to be safe about it.”

Surveillance footage from 2:37am Sunday night shows Winston flooring it in a steamroller, a hardhat askew on his head. “We kinda just kept working on it until we finished. Well, Brent just watched, but that’s just Brent.”

“The hard part was definitely the paint,” said Baxter Smith, a lanky, bespectacled member of Winston’s crew. “Straight lines of paint are much harder than straight lines of coke, y’know? I think we nailed it, though.”

Drivers bouncing past have been vocally displeased, but Winston and his crew are proud of their work: “We think it went great. Look at the great job we did with the paint!” When the construction crew asked the students if they had remembered to reinforce the concrete, their mood sank as perceptibly as the road.