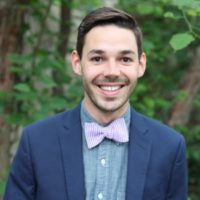 With the last trace of the freshmen’s happiness obliterated with the final showing of Hamilton and the class of 2021 now properly fixed into a perpetual state of stress and misery with the arrival of midterms, Josh McKenzie has decided that his work is done. Members of the Office of Student Affairs confirmed rumors that McKenzie has entered a state of slumber that he will only rise from once the class of 2022 have arrived on campus next fall.

When asked to explain the reason behind McKenzie’s hibernation, Student Affairs official Penelope von Lichtenstein highlighted the exhaustive position McKenzie holds. “It isn’t easy to stamp out every last bit of childhood bliss from students and forge the burdens of adulthood as they enter college.” Northwestern prides itself on refining the most tantalizingly brutal method to this transition by giving freshmen an extended period of fun-filled programming, including Wildcat Welcome, Six Flags, and Hamilton, then immediately thrusting them into midterms.

“It’s a draining process,” von Lichtenstein continued. “It takes a person of incredible power and influence to be able to carry the first-years through all that and Josh McKenzie is that person. Much like how Odin, Norse king of the gods, undergoes the Odinsleep to recharge his divine power, McKenzie also needs to rest to renew his energies so that he can once again effectively rule the first year experience next year with an iron fist.”

The Class of 2021 were taken aback by the disappearance of their idol. “McKenzie was like a god to us,” said McCormick freshman Vladmir Johnson, “He gave us everything, made us who we are now as college students, and now when we need him the most, he’s gone.”

“I guess we can’t be selfish though,” Johnson reflected. “He made us adults so that we could go through this ourselves. His duties are now to the class of 2022. He was too great for us anyway.”