Material Drowned Out by Coughing Classmates Definitely on Midterm 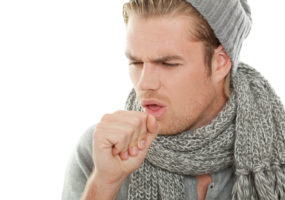 According to several reports Monday, coughing students drowned out a portion of an Anthro 110 lecture. Jesse Hail, WCAS ’20, was one of the students unfortunate enough to miss that material, which is sure to be on the midterm.

“Every time someone coughs and I miss something a professor says, something ends up on the midterm that I’ve never heard of before,” said Hail. “It’s almost as if the professor knows what gets drowned out and decides that’s exactly what I need to know.”

In fact, sources indicate that coughed-over material does indeed have a direct correlation with said material’s relevance to the class and its prominence on the midterm.

Hail’s sick classmate, Abby Brown, WCAS ’21, argued that Hail was being totally unreasonable about the coughing fits. “I may be coughing through most of the class, but I can hear the professor just fine over my own retching. He just needs to listen better.”

To get to the bottom of this contentious issue, Flipside reporters investigated the severity of the coughing by attending an Anthro 110 lecture. Due to all the deep throated hacking and heaving, they were unable to hear three-fourths of the lecture and are now worried about failing their own midterms.