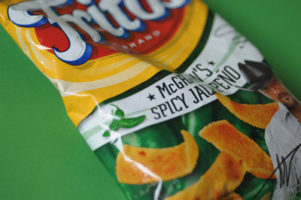 Following the public release of their recent investigation, NUPD has confirmed that a student was beaten to death in Main Library after opening his fifth bag of Fritos.

The student, James Gordon, was confirmed dead after NUPD forensics reported that his death was due to bludgeoning damage by numerous textbooks and laptops.

Despite the outpouring of grief in the community, some feel that this was only inevitable.

“Gordon was an alright guy,” said Gordon’s roommate Michael Aster, “but he always had this habit of chewing with his mouth open. I always knew that that was going to be the death of him one day.”

The NUPD investigation confirmed that the incident occurred in the Periodicals room of the Library as soon as Gordon opened his fifth bag of Fritos.

“Yeah it was kind of shocking,” stated NUPD officer Bruce Reyes, “still, the poor sucker should have recognized that by the fifth bag, people weren’t going to deal with it anymore. And trust me, the people who show up the library at this time of the year to do work are always the most serious, which usually means that they’re the most deadly.”

Currently, NUPD has rounded up 30 suspects for the crime, with more soon to be charged. One suspect, Jerry Veal, publicly defended his actions.

“How could we not do it? The man just wouldn’t stop eating. And besides, the Periodicals room is for getting work done silently; if he really wanted to eat and work, he should have just gone to Core.”

The other suspects have agreed with Veal, as most state that Gordon was asking for it, since “what kind of monster brings 5 separate bags of Fritos to the Library?”

Following the incident, Main Library has banned all chips from the premises, and now all student bags will be inspected for chips before entering the Library. Still, Officer Reyes has told this Flipside reporter that homicide at the Library is not ending anytime soon.

“There will always be ‘that one guy’ who answers his phone when everyone else is clearly trying to get their work done,” Reyes warned, “and ‘that one guy’ may go the same way as Frito Guy.”