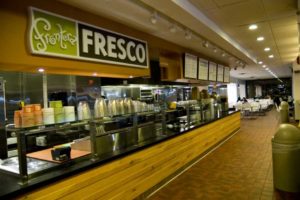 Beginning this quarter, the Frontera Fresco Mexican grill located in the Norris Center will now be open just fifteen minutes a week, from 4:30 A.M. to 4:45 A.M.

Rick Bayless, the celebrity restaurateur behind the popular Frontera brand, was responsible for the decision to shorten the restaurant’s already limited hours. “Look, I ensure quality at all of my restaurants by cooking every dish myself. That means I can’t spend very much time at any one location,” the exhausted chef told reporters.

“Plus, to be honest, I actually hate letting other people eat my food. If it was up to me, I’d close all my restaurants, but I have a mortgage and bills to pay, so I’m forced to keep them open for at least very tiny amounts of time,” Bayless confessed.

Despite the restaurant’s popularity, Bayless’s announcement was met with a collective “meh” from the student body. “In my four years at Northwestern, I’ve never actually seen that restaurant open, so I always just assumed it had gone out of business a long time ago and nobody bothered to take down the sign,” said Weinberg senior Leslie Harris.

To compensate for the near non-existence of Frontera, Norris plans to unveil a Viet Nom Nom that will somehow be much worse than the downtown Evanston Viet Nom Nom.