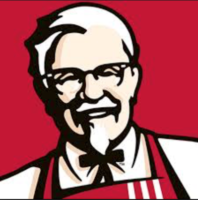 After months of tirelessly applying to numerous entry-level positions throughout the corporate world, senior Kevin Jones, MEAS ’18, proudly announced via Facebook that last Tuesday he accepted a “food engineering position at Kentucky Fried Chicken Corp.” Feeling the need to further explain this to his fellow McCormick graduates, Jones penned a 5-paragraph essay explaining his unimportant decision.

In the second paragraph, Jones stated that although he wanted to stay in Chicago with most of his graduating friends, his new downtown Toledo office, conveniently located 15 minutes from his childhood home, will provide “an unparalleled experience in the ever-expanding field of deep fry technology”.

Although reaching out directly to Jones for a comment was unsuccessful, his roommate Matt Davids, MEAS ’18, gave Flipside reporters his two-cents on the recent hiring. “I’m definitely happy for our boy, Kev. I mean… not every McCormick kid can get a six figure salary at Microsoft like me, so I am glad he found something he likes” said Davids, adding that Jones was the resident cook in the apartment and responsible for the making their nightly Easy Mac dinner.

Ultimately, the post ended up receiving 32 likes and one quickly deleted “So proud of you!” comment from Lisa Jones, Kevin’s mom. Furthermore, inside sources have confirmed an additional post from Jones popping up in the “Free & For Sale” group regarding the aggressive negotiation of a beige 2004 Pontiac Aztek from $700 to $650.