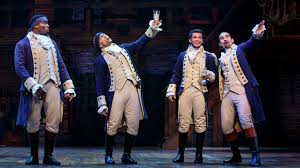 After waiting a year for the Class of 2021 to get back to him, Morty Schapiro publicly announced this week that he is still waiting on each and every one of them to Venmo him for the Hamilton tickets from last year. “Listen, I thought I was very clear in how this deal works,” stated a very disgruntled Morty, “I get the tickets, and you guys just Venmo me back the full $200 for your own. Our school is in massive debt, and I’m running out of money myself. I think I waited long enough, so come on already!”

In order to get the tickets, Morty had to take out a second mortgage on his home while bugging his parents for an extra thousand dollars in his monthly allowance. “In retrospect, when the ticket seller told me I was crazy when I bought over 2000 of these tickets at once with my credit card, I probably should have listened to him.”

When asked about paying Morty back for the tickets, students from the Class of 2021 averted their eyes while mumbling that Morty should “just be a bro” and cover the costs this time or that they’ll “get back to him next week.”

Lately, Morty has been seen trying to get the ticket costs reimbursed by SOFO, for which he received a hearty laugh in the face by the SOFO attendant and surrounding employees. Following that, Morty decided to withhold funds in the school budget in an effort to get people to finally get back to him, all the while bitterly mumbling to himself that “this is the last time I do anything for you guys.”