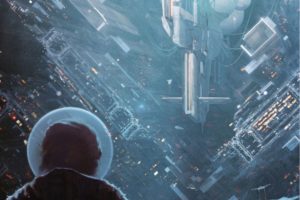 After making his rounds through the various Sunday dinners hosted by Northwestern fraternities, Star Trek fanatic Kirk Spockard has allegedly found his future brotherhood with “Sci-Fi”.

“He came home a few nights ago and kept saying he was going to rush ‘Sci-Fi,’” recounted his roommate, Paul Pulaski. “At first I thought the guy had too much to drink at dinner, but the days went by and he was still so excited about it. Then he started unpacking more of his stuff and I finally understood: Kirk is a Trekkie.”

“He’s got movie posters and action figures and everything,” explained Pulaski. He theorized that his roommate had gone to Phi Psi’s Sunday dinner and misheard one of the brothers.

Spockard continued to plan his future at his fantasy frat house, where the parties would always have the same theme and the basement would be transformed into a UFO.

“They taught us the chapter’s ‘Latin’ chant, but I swear I caught some Klingon in there,” Spockard said excitedly.

However, what Spockard is most excited for is the champagne and chains mixer this weekend with “Kappa Zelda.”