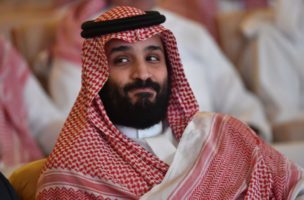 In a shocking development, the country of Saudi Arabia has finally admitted to its role in the brutal murder of journalist Jamal Khashoggi, breaking a long tradition of respecting its citizens’ human and civil rights.

The international community has been bewildered, with multiple world leaders expressing disbelief over the historically peaceful Middle-Eastern nation suddenly cracking down on freedom of the press.

“Where are we as a world if we can’t rely on Saudi Arabia to uphold the values of freedom of expression and critiquing authority?”  said Turkish President Recep Tayyip Erdoğan.

Chinese President Xi Jinping, himself a vigorous ally of the free press, expressed his agreement with Erdoğan.

While Saudi Arabia’s fate is uncertain, the international community has called for there to be some sort of repercussion for this action. However, the United States, which has always been a bastion of protecting human rights, has responded by not pulling their multi-billion-dollar weapons deal with Saudi Arabia.

Activists already agitated by the Khashoggi killing have protested the fact that America would prop up a strategically convenient dictatorship, which has never happened before and could permanently change the way the international community views the peace-loving nation of America.