Study: One Third of Friend Groups Held Together by Mutual Fear of Meeting New People 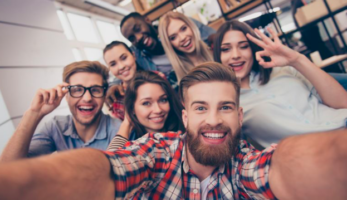 In shocking recent news from an on-campus research program, it has been determined that one-third of all friend groups are held together exclusively by their mutual fear of meeting new people. The Flipside reached out to head researcher Professor Arnold Vestie for insights on his groundbreaking findings.

“It’s as if once people find a group that accepts them, and then they develop a crippling fear of leaving that group” said, professor Vestie as he prepared to present his research to Morty. Vestie and the rest of the faculty are currently working on a whole-brain engineered solution to the fact that a large portion of Northwestern students are not capable of healthy social interaction.

Students on campus reacted to the news with a resounding “Yeah, that sounds about right”. Sophomore Jane Turtoria declared, “Honestly I’m just afraid of having to sit alone during lunch, but from now on I’m going to try to meet new people.” In the middle of the interview, Tutoria’s friends gave her a dirty look and scurried away.