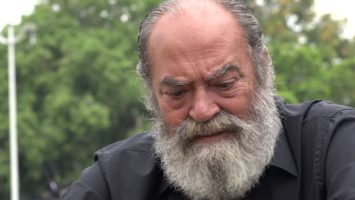 In an unexpected press release, God stated that he has become “sick and tired” of the “millions of prayers asking to release the trailer for the new ‘Avengers’ movie.”

Earlier this week, a series of chiseled, stone tablets from Yahweh himself were found on the altar at the Sistine Chapel. Once they were translated from Latin, they revealed the Almighty’s distaste for his new workload.

A spokesperson for the Vatican told the Flipside: “It is a miracle that God has graced us with his Word through these tablets. He has let us know that our prayers are being heard… It’s a real shame about that trailer, though.”

On the back of the tablet, a translator also found the following: “P.S. Stan says ‘What up?’”