Something Happens in United Kingdom; No One Understands It 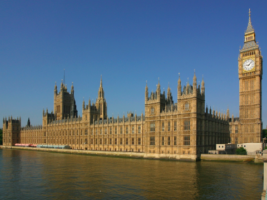 Downton Abbey (Wednesday) – This week a ballyhoo was overheard across the pond back in Old Blighty, where Nob May got herself into a bit of a rumpy pumpy. The liberal party had reason to be chuffed with the big argy-bargy over the EU turning into a big bowl of codswallop with May’s failure to pass a Brexit divvy plan 432-202.

Despite mugging a no-confidence vote 325-306 the Tories remain thoroughly nobbled from passing legislature regarding Brexit. Opposition leader Jeremy Corbyn said “naff off and tosspot, Blighty is knackered of these scrummies willy-waving their darbies!”

Flipside’s British Correspondent and all-around gherkin, Cornelius Q. Nickelback, remarked on the entire sticky wicket, “What makes this puffery such a blimey is the bleeders in parliament don’t seem to know their bits from their bobs, which has caused such a kerfuffle as you may have noticed.”

So to clarify for American readers, Meghan Markle had nothing to do with this.

*This article has been updated to reflect that Cornelius Q. Nickelback is a gherkin and not a saucepot.