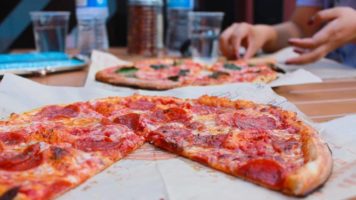 For most students at Northwestern, the Wildcat GeoGame is a welcome opportunity to earn some free Blaze pizza. Recently, however, a small group of geography nerds has begun speaking out against the oppression that the GeoGame subjects them to.

Junior Benny Poindexter, who is majoring in geography and also minoring in geography, expressed his opinions on the situation. “Before they came up with this so-called game, I could spend as many hours a day as I wanted memorizing the names of African cities,” he recalled. “Now I can’t even list more than a few capitals before I’m getting emails pressuring me into getting free pizza. I’ve got nineteen Blaze pizzas in my fridge that I’m never gonna eat, goddamn it.” To punctuate his point, Poindexter took an angry bite of his Ethiopia-shaped cookie.

Similar sentiments were expressed by sophomore Alexander Bernard Rousseau III, who is triple majoring in geography, geography, and geography. “I do believe there is a simple kind of joy in this field of study,” he informed the Flipside.  “Knowing the difference between Grenada and Granada, for example, brings me an unparalleled sense of happiness. Pizza, on the other hand, is far too vulgar and plebeian a food to satisfy my intellectual desire. I only wish to indulge in my geographic fun in peace.”

To protest the Wildcat GeoGame, geography nerds have reportedly begun boycotting Blaze Pizza. In an official response to this movement, Blaze Pizza representatives formally stated, “Why the fuck would we be worried?”