Study: 17% of students choose not to drink due to mysterious past 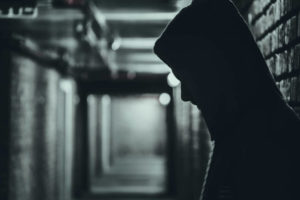 BASICS, Northwestern’s resident alcohol and drug narc, has released a new set of statistics on the student bodies’ drinking habits, revealing that 17% of students choose not to drink due to a mysterious past.

The study claims that on average 17% of the student body, when offered a drink, will push it away and look off into the distance, remarking “I don’t do that anymore” and sharing a soft, yet pained, smile.

One brave volunteer in this group has come forward to speak to reporters, both metaphorically and literally from a dark alley dressed in a trench coat and panama hat. For privacy reasons, the man asked to be identified only as Nightshade.

“I used to drink all the time,” Nightshade told reporters gathered behind the Burger King on Clark Street. “Drink myself blind with whiskey every night, waiting for the morning to shed light on the mess I’d become. Then she walked through that door. And then…” he paused, taking a long drag of a cigarette “the accident happened. I could’ve stopped it. But I was soused.”

Nightshade claimed this event in his murky past motivated his decision to quit drinking.

“That day, as I held her in my arms as the rain fell and soaked into her bloodstained dress, I promised I’d never drink again,” he said, already retreating into the shadows. “Also, I don’t like the taste of Natty Light.”

BASICS also disclosed 87% of people who Juul will tell you about it immediately.