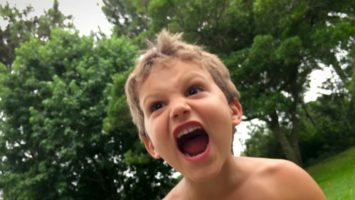 The Flipside would like to formally congratulate Joshua Fairground, a second grader from Evanston, for saying his first curse word during a heated game of outdoor kickball.

Though this isn’t the first time a student has used profanity in his class, Coach Byrdmouth says it’s becoming all too common. “These kids, I’ll tell you man, they are becoming the biggest potty mouths. I tell you. It’s all these video games and phones, too. You know, I watch this show, this Jones guy, and he’s got some theories about what they’re doing to our kids and–”

When asked how he knew of this salty language, it seems partial homeschooling may have played a role. “Sometimes when my dad gets mad, he’ll, he’ll say a bad word and he tells me not to say it but I want to be like, like my dad because I like my dad so I said a bad word I said the F-word.”