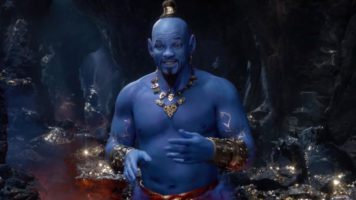 Moviegoers are outraged at a new policy that was rolled out for the second week of release of the box office sensation Avengers: Endgame. Disney has mandated that one in every six screenings of the movie be a screening of the new live action Aladdin starring YouTuber Will Smith.

“Who on Earth thought this was a good idea? It’s not like if I don’t see the movie, I’ll just end up buying another ticket for Endgame. I mean I will. But I was gonna see it 11 times anyways” said Marvel fanboy and fish stick collector Annie Zhou.

Despite the backlash, Disney executives don’t seem to be worried. “What’re they gonna do, not watch a Disney movie? We own everything,” said Disney President Bob Iger as he smoked a comically large cigar wrapped in Mickey Mouse paper. “Let them watch one movie that those assholes at Universal make and they’ll come crawling back to us.”