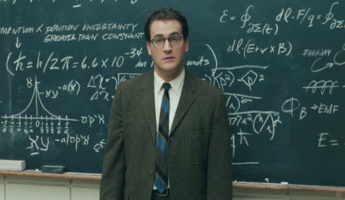 “So, I don’t want to brag, but I host a podcast,” Professor Shanary tells the Flipside. “It’s fun. It’s fresh. It’s loose. Every episode I spend about two hours or so discussing neat factoids about the field of Linguistics mixed in with some of my witty commentary. It’s super laid back and something perfect for students to listen to when they’re walking to and from class or just j-chillin’ with their homies.”

When a new episode is released, Professor Shanary sends the link to all 174 of his students. However, he believes an error with the school’s email system has prevented students from receiving access to the episodes, which explains why as of right now he has zero listeners.

“It is troubling, to say the least. Technically, each episode gets at least one listen, but that’s just from me making sure the audio is fine. But other than that, nothing! The only logical explanation, obviously, is that my students are not receiving these weekly emails. It’s a shame, really, because they’ve missed out on so much thrilling content.”

One sophomore who wishes to remain anonymous tells us that there may be no problem at all.

“Yeah, I get the emails. Everyone does. I keep them in my spam folder until they fade away, though. Before each lecture he asks us if we get them and we all sort of shrug him off.”

“I really want to start accepting sponsors soon, because running a podcast is more expensive than I thought, but I need listeners to convince the sponsors to support me. So while the email issue is getting resolved, I’ve found a Linguistics forum that seems excited to accept me and my podcasts. So maybe everything’s coming up Dick Shanary after all.”