“Like This Message If” Messages Only Way Area Man Receives Love 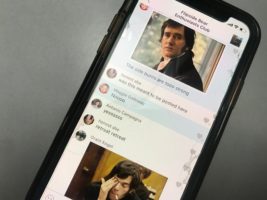 Arnold Stevenson, WCAS ’22, was really excited when he was added to the GroupMe for his dorm. “I’ve been waiting for this opportunity my whole life,” said Stevenson, “this is the biggest group chat I’ve ever been in, and you bet I’m going to take advantage of the opportunity!”

Data from social media sites have revealed that Generation Z’s brains are hardwired to rely on likes for self-worth. “While the desire for likes is common among students,” said CAPS therapist Betsy Sampson, “I had no idea what to do with Arnold. He literally lives for likes.”

Realizing that CAPS is pretty much ineffective, especially for Stevenson because his therapist refused to conduct their sessions over Instagram DM, Stevenson’s roommate Joe Cole reached out to his RA. “Arnold literally printed out a heart, stuck it on the wall, and asked me to caress it whenever he said something funny,” claimed Cole.

“GroupMe likes are the best way to show people you love them. If you find someone funny – like. If you care about what someone is saying – like. If you want to reveal your eternal love for someone – like,” added Stevenson. At the end of the interview, Stevenson mentioned that he wrote down all his comments and sent them to us over GroupMe in case we wanted to like them. Sampson, advised against this, characterizing it as “enabling.”

“Arnold just seems really desperate for likes,” commented Ashleigh Smith, an Instagram influencer with 66 followers, “he once sent a message saying, ‘like if you want me to pay off your student loans.”