Not Again! Silly Freshman Gets Lost… In Underground Sex Ring 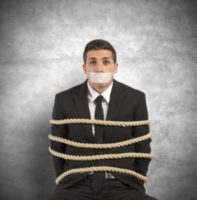 It’s fall quarter: the time of year where campus is teeming with hundreds of dazed and confused freshmen desperately trying to find their way in this great big school that is Northwestern University. One especially befuddled first-year, Mikey Gibbons, found himself lost like many a NU newbie before him… in an underground sex ring.

Silly Gibbons asked for directions to his Intro to Macro class, took a wrong turn, and ended up roped and tied to a pole in the Tech basement. (It is, of course, a well-known fact that a booming sex trafficking ring exists deep in the bowels of Tech.)

Gibbons blames the endlessly ongoing construction around campus in addition to his already poor sense of direction for the mishap, commenting, “I just don’t understand it. One second I was walking through a hallway with a bunch of science classrooms, the next I was trapped in a cement cell!”

Gibbons’ unfortunate sex-ring escapade is just one of many kooky accidents that befall directionally-challenged first-years.

For instance, NU police recently located RTVF freshman Sarah Clement, and Weinberg freshman PJ Abbott. Sources say Clement had been wandering the corridors of Swift Hall for the past three years after mistaking it for Annie May Swift, while Abbott was found frozen in a sheet of ice after being trapped under the Dearborn Observatory viewing deck throughout all of winter quarter.

In response to these many incidents, President Morton Schapiro has promised to double the current amount of construction projects on campus to ensure that students always take the most inefficient route possible, no matter their destination.

At press time, Mikey Gibbons was spotted dangling from a Locy fire-escape in a last ditch attempt to exit the building.