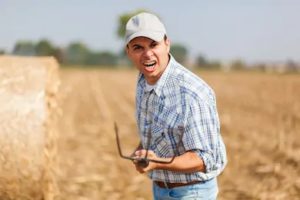 Following the decision to withdraw support from curds in favor of turkey as the government’s favored protein source, President Trump has come under intense criticism from dairy farmers in Wisconsin.

A reliable voter bloc for Trump in the 2016 election, many farmers say they feel betrayed by Trump’s choice to end support for cheese curds, a major product of the dairy industry and long-time ally in the middle east (of the Midwest).

“When I voted for Trump, I voted for his promise to support farmers like me and the curds we make,” said George McLain, a dairy farmer from Clark County. “Now, he’s just gone and left us and the curds in the dust for turkey. Just yesterday, Butterball launched an airstrike on my latest delivery. At this rate, I don’t how the curds can survive.”

Without government support, curds are expected to face great difficultly against the advances from turkey in the complex fight over the protein market. Already, many curd groups are striking deals with the Russian and Syrian governments to remain competitive, receiving aid in the form of milk pasteurizers and arms shipments.

In response to the criticism, Trump tweeted that if turkey producers did anything “off-limits”, he would “personally destroy and obliterate every single turkey from the world.”