From the Archives–Op-Ed: Charlie Chaplin should Stick to Silent Movies, Keep his Political Views out of Talkies 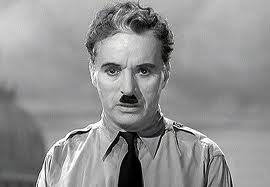 The “Little Rascal” Charlie Chaplin has done it again with his new film “The Great Dictator”, drawing fans across the nation to cineplexes from Tacoma to Charlottesville. However, this film is his first “talkie” and boy does he talkie a lot.

Chaplin, along with the rest of the communist Hollywood elite, have decided that us regular, God-fearing, segregation loving Americans need to be told how to think. He ends the movie by telling the audience we need to “help” and “love” one another, like we’re some shell-shocked Lost Generation types.

Sorry Chaplin, but your plea to replace mechanical coldness with human kindness is a fool’s fear. How, in this great decade of the 1940s, could men use machines to hurt each other?

I love the cinema just as much as the next fella, but I don’t need Chaplin lecturing me like I’m a common Irishman. Next time I’m thinking about using my hard-earned pay of 40 cents an hour at the movies, I’ll be sure to just stay home and listen to Amos ‘n Andy instead.