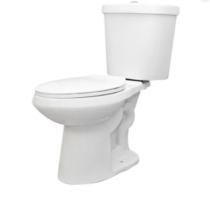 Poop. A word that excites terror in the prudes of society, reaching behind closed doors in order to expose the most taboo subject forbidden at dinner tables nationwide. Yet for some, fecal matter can bring enlightenment to a world devoid of practical knowledge. One of these people is Dr. Allen Parks, a WCAS ’04 graduate who dual majored in biology and sociology. Fifteen years later, Dr. Parks has officially earned his doctorate in scatology, or in layman’s terms, the study of poop.

“If you’ve ever had a really big sandwich, you take a bite out of it and lettuce, sauce, cheese is all falling out the back,” he describes, “that’s pretty much what pooping is like for most people.”

When Dr. Parks was first interviewed following his graduation in 2004, he explained what drew him to the field of scatology.

“My grandpa came home one day with a brand new Cadillac, complete with gorgeous red leather seats. Unfortunately, he had some gastric issues (we called them gramp’s cramps) and we were driving home from the Chinese buffet. As we hit a bump, the old man sneezed and just completely blew out all over those nice leather seats.”

While his grandmother stared in horror, young Allen was in fits of laughter. Ever since then, he knew he had to devote his life to this digestive phenomenon.

“Even after all these years, I still can’t control myself. My neighbor was out walking the dog and naturally the little poop factory sniffed out the ideal shrub to drop a hot chalupa. As I stood there taking notes, I was laughing so I hard I thought I might have to go use that shrub next.”

Now that he has earned his doctorate, Dr. Parks will spend his time in the lab studying various stool samples for infections and anomalies, as well as taking time off to examine the cultural phenomena behind one of the most prevalent aspects of the American’s daily routine— using the bathroom. When asked about whether he had any fears heading into the next chapter of his life, Dr. Allen Parks replied like any experienced scatologist would: “Constipation.”