Americans Reject Subtitles, Unless It’s to Understand the Accents on Love Island UK 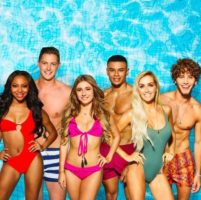 After Parasite won four Oscars, including Best Picture, many Americans cried out against subtitles in films, calling them distracting. Despite this outcry, the unique dialectics of Love Island UK have caused many Americans to make an exception and embrace subtitles to understand terms like “pied off,” “factor 50,” and “grafting.”

President of Northwestern’s fantasy Bachelor league, Sara Jones, claimed in an official Twitter release: “Subtitles are immensely distracting. How can I pay attention to what’s going on when I have to read? The only time I can watch something and read at the same time is when I watch Sex Education while reading for my economics class.” Still, Sara Jones recently started a Love Island UK watch party in CRC and asked that subtitles remain on for clarity.

When Love Island UK became popular in the United States, an American network attempted to recreate the show, but it proved unsuccessful. “I love watching British people look stupid,” claimed one longtime fan Molly Williams, “but Americans shouldn’t stoop so low as to be unintelligible on television.” Williams argues that part of the charm of Love Island UK is that “no one can understand what the people are saying.”

“I am totally opposed to subtitles because dubbing is so much better,” claimed Hallie Jacobs. “I only want to hear things in English. Still, Love Island UK can’t be dubbed because they technically talk in English, Just with weird slang. Subtitles are the only way to watch this extremely important show.”

Josh Ridley, president of Tappa Tappa Keg, added, “I hate subtitles because they make you look at the screen while you are watching. Unless it’s looking at some sunburned British babes in bikinis, I’d rather play Madden on my phone while watching television or a movie.”

Still, the film industry has taken note of Parasite‘s success. “Now that we know foreign films exist, and not just British television,” added Charles Rivkin, the CEO of Motion of the Picture Association of America, “we will adapt everything into English.”