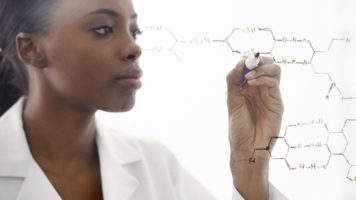 Created in response to the lack of well-rounded women in film, the Bechdel test requires that two women talk to each other about something other than a man. While many films continue to fail the Bechdel test, so do many McCormick classes.

Thirty-four percent of McCormick is female, but many women feel isolated in their classes. “I tried to fit in with my PA group,” said Helen Choi, McCormick ’23, “but they only wanted to talk about their ‘epic’ Smash tournaments, all of which I was never invited to.”

“I thought that maybe my female professor and I would get to talk about chemistry during office hours,” added Tanvi Kumar, McCormick ’21, “but all of the guys in my class lined up so that they could flirt with her. I would talk to her after class, but I don’t think a conversation passes the Bechdel test if a man says, ‘but actually,’ every time the professor or I try to get a word in.”

Still, women find solidarity in these struggles to be heard and many of them become friends as a result. “My Organic Chemistry class could have passed the Bechdel test,” claimed Julia Green, McCormick ’20, “but me and the other girl in the class only talked about how annoying the men in the class were.”