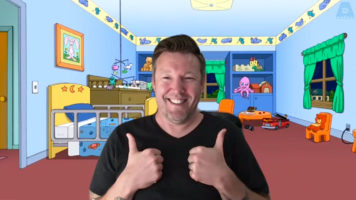 After checking Canvas for the first time this quarter, George Clemson, WCAS ‘23, was surprised to find that he had a 7% cumulative grade for CHEM 132. “To be honest, I was surprised to find out I was failing chem. I mean, I put over three hours into carefully crafting a background where Dwayne ‘The Rock’ Johnson was sitting on my shoulder,” said a disgruntled Clemson. “You’d think my professor would appreciate the time and effort that went into crafting this modern Picasso.”

According to classmates, Clemson is a self-proclaimed “Zoom Background Artist”. Just last week, he desperately sent blank Snapchats captioned “peep the background” to everyone in his class. “I don’t know who he thinks he’s impressing. It was sorta funny the first week of class, but now it’s just pathetic,” said concerned classmate John Masters.

“I just wanted a compliment on my modern rendition of Godzilla riding a unicorn,” Clemson explained. “Had Professor Wilson seen my lovingly crafted portrayal of the Hulk dressed as Shrek dressed as Mike Wazowski, I think she would have excused the 3% on last night’s quiz.”

Patricia Wilson, Clemson’s chem professor, did not seem quite as enthusiastic about these Zoom antics. “I did see it, unfortunately,” she said, adding, “Usually I would bring up the issue with him, but I’d much rather see his weird backgrounds than the fifteen anime body pillows he has lined up in the background.”