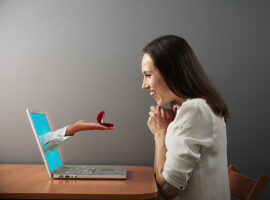 Adapting to life under lockdown has been difficult for many, but one Northwestern couple has resorted to asynchronous date nights to keep their romance fresh.

“It really sucked to lose my girlfriend like that,” shared Medill sophomore Angelina Li, who had to move home to Seattle after the pandemic forced Northwestern to close its campus. “We would text and FaceTime, but it wasn’t the same. She’s a really bad texter. Oh, and the time difference makes it hard, too,” Li added.

Li’s girlfriend, McCormick junior and international student Alana Turing, had the perfect solution to their time zone troubles. “It’s a perfectly logical remedy,” explained Turing, who returned home to London in March. “She eats lunch when I eat dinner, and when she texts me goodnight I’ve been asleep for hours, so I’ve started recording our date nights ahead of time.”

“She shared a Google Drive folder with me full of videos sorted by activity and mood,” Li said. “There’s videos for when I want to have a romantic night in, for when I want to cuddle, for when I just want to sit next to her in silence while on my phone. It’s exactly like she’s here with me,” Li continued. “Except she’s two-dimensional and she doesn’t respond to me, but honestly that’s not that different from our dates in person. Also I can rewind her, so I guess that’s cool.”

Flipside contributors claim there was a twinge of sadness in Li’s voice, but she refused to acknowledge it, rather accusing them of “trying to sabotage her perfectly fine relationship.”

Turing explained that she thinks asynchronous date nights have strengthened her relationship with Li. “Now that Angelina can satisfy her emotional needs with videos of me, our relationship is 20 times more efficient,” Turing said. She elaborated that she plans to continue prerecording date nights with Li even when the two can see each other in person again, so their relationship can “continue operating at maximum efficacy.”