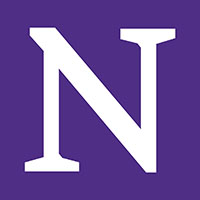 In what some may call an unexpected move, Northwestern University’s IT Administration announced that due to security risks it would be barring access to CAESAR for all students, parents, faculty, staff, as well as university IT Admin members themselves.

For NU students, navigating CAESAR to register for classes, check financial aid status, or even sign in can be at best a character-building adventure, and at worst a harrowing nightmare—akin to free soloing El Capitan or losing your first born child.

“Multi-factor authentication was never going to be enough,” said IT admin employee Craig Jones. “Despite that pre-existing security measure, basically anyone could just break in, install a key-stroke tracer on your computer to get your password, steal your phone, jailbreak it, get into your account, and, oh, I don’t know, pay your tuition and register you for the wrong art-history section without you knowing it? Which, god forbid, would be a real tragedy.”

The question now on every Northwestern students’ mind is what CAESAR will be replaced with. While the original IT worker declined to comment on the subject, an anonymous tipper from inside IT informed us that the new system would be called BRUTUS, which stands for Blood Removal Utilized to Tell Us Stuff.

This BRUTUS system will be exactly the same as CAESAR, except the multi-factor authentication will now require all computers with access to BRUTUS to be fitted with a robotic needle, which will take a blood sample and analyze DNA.

According to our anonymous source, upon being pricked, students will be prompted to say “et tu, Brute?” The recording will then be matched with students’ voice data to confirm their identity.

The excruciatingly low level of functionality of the website will remain exactly the same, which the anonymous informant said is actually the most formidable layer of security.