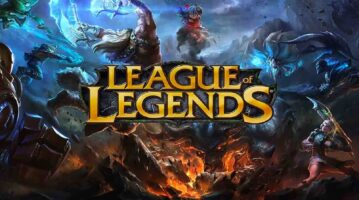 With Planned Parenthood’s funding slashed by Pro-Life/ Anti-WAP congressmen, the health clinic can no longer afford to offer their customary free profilactics. In light of these new budget plans, Planned Parenthood turned to the MOBA game League of Legends.

Helen Swinton, head of the local Planned Parenthood, explained the clinic’s reasoning behind the new method of contraception.

“For those unfamiliar with League, it is a team based strategy game that allows teens to  disappoint their parents and also spout their problematic thoughts and opinions willy-nilly.”

Swinton continued, “The addictive quality of the game encourages players to value gameplay over banal things like hygiene or sleep.”

As Swinton explained, League of Legends functions differently than many contraceptives such as condoms or Plan B. Rather than stop pregnancy, she says, it simply eliminates any chance of sexual (or human) contact at all.

Many doubt the game’s effectiveness as a contraceptive, but in a recent poll by the Washington Post, nine out of ten women reported they’d rather shit in their hands and clap than have penetrative sex with a League of Legends player.

Like many prescription drugs, League of Legends comes with a host of side effects. According to a report from the US surgeon general, this medication is highly addictive and may cause side effects such as weight gain, an affinity for writing manifestos, damaged keyboards, drywall and/or social life, a vitriolic hatred for Korean esports teams, insomnia, a sudden compassion for Elliot Roger, and jaundice. Planned Parenthood’s decision to offer such an experimental method for contraception is certainly a controversial one, but whether or not this new method will be effective will remain to be seen.