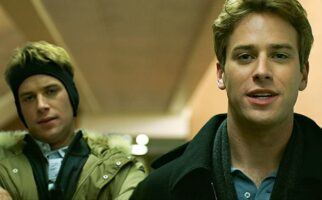 The Flipside reached out to local econ bro and Tappa Tappa Keg brother, Brad Smith III, after he referred to a female professor as a “bitch” in his CTEC review. The review has since been removed, but Smith was “totally down” to discuss his actions.

“No, like, I’m not sexist, I LOVE women, but that professor just really sucked,” says Smith. When asked what specifically he disliked about the class, Smith struggled to pinpoint exactly what it was. “I don’t know man, her vibes were just off,” he says, “Plus, she wasn’t even that hot.”

Smith initially faced disciplinary action, given that this is his fiftieth offense. However, after his father and university mega-donor Brad Smith Jr. intervened, Smith’s only consequences were to attend the next three parties entirely sober, as well go a week without saying the n-word (rapping or otherwise).

Smith was also revealed to have written other inappropriate CTECs, such as rating “the effectiveness of the instructor in stimulating interest” a “solid 9/10, nice ass too,” and “estimated number of hours per week spent on this course” as “way too many, I rewatched the lectures so many times outside of class (if the boys catch my drift ;)).”

Smith revealed that if he continues to post vulgar CTECs, he will have his Sperry privileges revoked and will be banned from evaluating courses in the future. Smith also requested to have his snapchat username, @braddiethebaddie, included in the article for those interested in “hitting [him] up.”