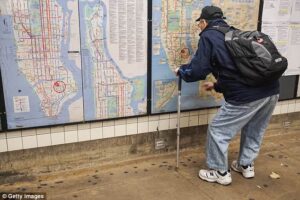 As freshmen attempt to start deep, meaningful friendships with their new peers throughout their first quarter, they must proceed with extreme caution when asking humanity’s most obscurely answered question: “So, where are you from?”

Every year, East Coast residents capitalize on their supposed proximity to New York City, that concrete jungle where dreams come to life, to invoke awe in their geography-challenged classmates from the Midwest. On the other hand, those over the 300-mile cutoff to claim residency in the city must be brave enough to swallow their pride and admit that they live in the middle of “butt fuck nowhere”.

While namedropping the Big Apple can be a flashy addition to any freshman’s “get to know me” spiel, the risk of being completely misled can be denied no longer. Describing a traumatic memory from her freshman year, Stephanie Carpenter (WCAS ’21) recalled, “One of the first friends I made here said she lived in New York City and that I could visit her over break. Next thing I knew, I was stuck in suburbia where you can’t swing a dead cat without hitting a soccer mom’s Honda Odyssey.”

Although these gullible freshmen are now exiting icebreaker season, they must stay alert and watch out for the following red flags: “Oh, I go to NYC all the time!” (All the way from their house in New Jersey, that is.) “The city is like my second home.” (Second to their real home in Connecticut, actually.) “I’m just a train ride away.” (Away from where they live in upstate New York, in fact.)

“It’s a real shame that people are willing to lie to sound more interesting,” says Jason Stevens (SoC ’23). “And it’s a pretty bold move to try and pass off as one of us locals.” Stevens reportedly lives in Delaware, although he once visited New York City as a child.