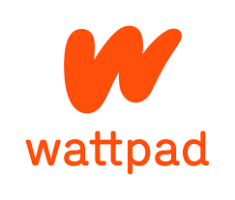 In the wake of Wattpad fanfictions like The Kissing Booth and After becoming blockbuster teen movie franchises, one English teacher is leading the charge to get these works of literature where they belong: on the “Classics” section of her syllabus.

Keri Schroeder, an Evanston-area high school teacher, first heard of Wattpad in 2019 when some drama students in her classroom “wouldn’t shut up” about how hot the Harry Styles fanfic they were reading was.

“At first I was beleaguered, bemoaned, distraught, and in a tizzy,” Schroeder said, discreetly rifling through SAT vocabulary flashcards during the interview. “But then I decided, if I can’t beat the children, even if I really, really want to, I must join the children.”

Schroeder created a Wattpad account and binge-read the Harry Styles fanfic, which eventually became the movie After, a teenage version of Fifty Shades of Grey, itself a fanfic of the book Twilight. From there, Schroeder became hooked and decided that all her students had to read fanfictions opted for film.

Featured, Local, No. 307 after, fan fiction, fanfic, fantasy, If you're reading the tags you've earned a treat. Not many people appreciate the hard work we put into making them so do something nice for yourself, the kissing booth