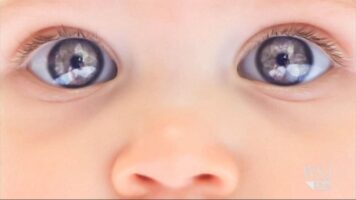 Lines circled the block at the local DMV this morning as customers waited for several hours, completely unaware of what was causing the massive hold up. “I mean, I know it’s the DMV,” one customer said. “But it usually takes an hour and a half – I’ve been here for six damn hours.”

Inside, the source of the backup was revealed: a young woman poring over her driver’s license form. “I’m just stuck at this one,” she said, pointing to the eye color section. “You see, my eyes actually change colors. They go from jasper to teal to even violet sometimes.” Notably, the woman’s eyes were clearly blue.

“I used to think they change based on my mood, but now I think they actually change with the phases of the moon,” she continued. “Do you think I should add that detail under an asterisk?”

When asked if she felt guilty about delaying the movement of the line, the young woman explained, “I mean, I guess I’m sorry, but it’s just not easy for us girls with changing eye colors. I wouldn’t expect these boring, brown-eyed people to understand. You have to deal with the constant compliments and admiration, then you run into situations like this. Like, excuse me, but why should I have to categorize myself? I’m sure there’s a good MLK quote about this.”

The DMV has since announced that in response to the confusion, they would be adding a “super special and unique” eye color category to their driver’s license forms.