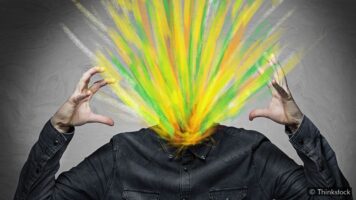 “Yeah yeah, I’m fine, I just had to go golf for a bit to clear my mind,” said Martin in response to the incident which he described as “deeply traumatizing.”

“Watching The Wolf of Wall Street for the thirteenth time also helped me calm down,” Martin said. “Such a great film.”

Abby Stiller, Northwestern sophomore and Martin’s alleged instigator, commented, “All I said was that money technically isn’t real, so I don’t understand why we can’t just print more of it.”

According to Stiller, after Martin “cooled off,” he proceeded to lecture her about inflation and the stock market for six hours, despite the fact that Stiller is also an economics major and is in several classes with him.

Witnesses of Martin’s heated inflation debate say he fled the scene in his white BMW, reportedly heading toward a local strip club.

No one was injured in the accident, but doctors are concerned as to why Martin’s ego is looking larger than usual—even for an econ bro. Updates are pending.