Ask Flippy: The Econ bro I hooked up with requested me on LinkedIn, what should I do? 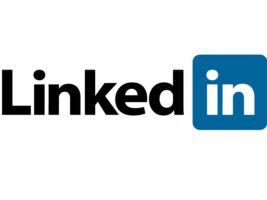 I thought I would be hot shit when I get to college, but apparently that’s not the case. I’m really not like any other girls so I don’t understand why there isn’t a line of hot Timothée Chalamet look-alikes lined outside of my dorm room. I thought blasting my Rex Orange County vinyl every night would attract them, but maybe they are just too busy playing Wonderwall on their guitars.

Anyway, desperate times call for desperate measures. After chugging a White Claw, I downloaded Tinder and got to swiping. I think the app must have glitched or something because Brad was my only match. He didn’t seem like the other econ bros (he also has a minor in film), so I went over to his dorm later that night. It was a standard hook up. Nothing out of the ordinary. Sure, in between make out sessions he would mansplain the stock market and Pulp Fiction to me but I just ignored it and focused on the Tame Impala playing in the background.

I haven’t thought much about the encounter since that night, until I got an email that said: “Brad Schmaldyk wants to connect.” What should I do? I didn’t even know I had a LinkedIn.

You should be grateful. I think it’s important to make connections. Regardless of nature, networking during a pandemic evolves and you just have to get used to it. You might be a psychology major but how else are you going to get that consulting internship if not through Brad’s daddy?

Also, who knows? Maybe Brad thinks there is a great connection between the two of you since you are both ”not” like other people.

P.S. Tinder is working fine, you are just not as hot as you think you are.