Golden Globes Snub: I Was Once Again Not Nominated for My Experimental Student Film 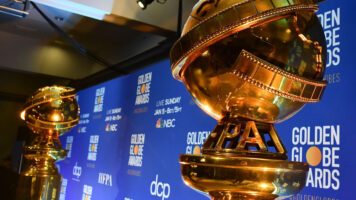 The Hollywood Foreign Press Association made a couple of enemies this week after they announced nominees for the 2021 Golden Globes. One of these enemies: me.

Wednesday’s announcements stirred up controversy as many notable contenders were snubbed, including my experimental student film, a touching autobiographical piece entitled “{declan}: journey 2 the stars,” the sequel to “{declan}: the first 1st one.”

This is the third year in a row the HFPA has failed to nominate my work. Maybe they couldn’t decide if my genre-bending piece was a drama or a comedy/musical?

My film, which featured some incredibly tasteful nudity (really a metaphor for how life is ephemeral and fleeting), received rave reviews from some harsh critics, namely my mother. My mom said my film was “a nice effort.” You’re telling me my mom has bad taste?

Although the Golden Globes this year is obviously a sham, I am looking forward to seeing how the rest of the award season plays out. With the Academy Award nominations forthcoming, I am hopeful that my experimental student film will sweep and make history. It better – I’m planning to attend naked, swinging my dick like a helicopter as an artistic statement.