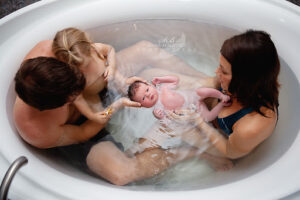 Reports of uproar and disgust have surfaced after it was discovered that couple Marissa Agua and Jameston Hughes attempted to give birth in the third floor shower stall in Southwest campus’s Chapin Hall.

The pair, both 19 and Gemini suns, discovered they were expecting after a night of passion on the Bobb-McCulloch lounge couch, and were set on delivering the baby as naturally as possible.

“Originally, we tried to book the Allison bathtub,” said Marissa, “but unfortunately it was reserved that night for MarineBio-110: How to Hide a Baby Seal in Your Own Bathroom for Fun and Profit. I want nothing but the best for my little MackyLaliah [pronounced Michaela].”

“Yeah, I kept hearing these weird screams over the sound of running water, which was a lot to mentally handle at 3 AM,” stated Ophelia Marsh, who witnessed the birth. “I was the only other person in the bathroom ‘cause I was throwing up from second dose symptoms. Yeah, that’s why. No other reason.”

When asked why they specifically chose to give birth in Chapin, Marissa and Jameston answered that “no one really knows this place exists, anyway.”