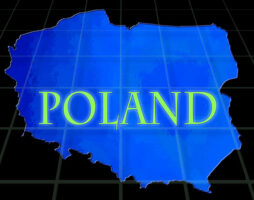 The Daily Northwestern’s Wildcat Geogame has come under international fire this week after the United Nations condemned its claims that Saxony is rightfully Polish land.

The game usually poses innocuous geography trivia questions such as “Where is Japan?” or “Rabat is the capital of which country?”, but the recent question “The German state of Saxony is rightfully part of which country?” has been met with international backlash.

Northwestern students were confused to discover the correct answer to be Poland. The geogame clarified, “Bolesław I the Brave, Duke of Poland, claimed Saxony for Greater Poland in 1002.”

The UN General Assembly swiftly passed a resolution condemning the geogame for its incorrect interpretation of history and geography. Poland and the United States abstained from voting.

Meanwhile, German ambassadors have started leading daily protests outside the office of The Daily Northwestern with megaphones and PowerPoints showcasing what they insist are the “correct” historical maps of Germany. Counter-protesters have rallied against the ambassadors’ use of Comic Sans in the PowerPoints.

Time will tell if this debate will simply blow over or turn in to a full-on international crisis, the likes of which have not been seen since the Treaty of Westphalia in 1648.