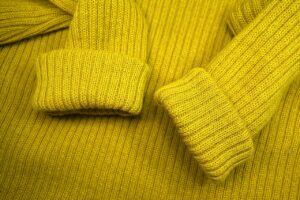 Fall fashion is a fickle thing. Sometimes it’s a vest year, sometimes it’s a fur year, but this year’s hottest new fall item is a sweater that really emphasizes the complex and heartbreaking struggle of trying to marry off your daughters and keep the farm afloat while unnamed husband is away at war.

This trendy sweater can come in an array of colors and patterns to nail your socioeconomic struggles to a tee. Warm tones give off a sense of tension between the ugly, puppy-kicking, businessy businessman and the sensitive farmhand that Eloise has fallen truly, madly deeply in love with. On the other hand, cool colors play more into the cabbage soup sitting atop the stove Willy-Wonka style, the money for a Thanksgiving turkey spent instead on the youngest daughter Hyacinth’s new clogs. Throw in an argyle pattern and maybe there’s money from an estranged aunt, withheld from you until you join the family oil business.

Whatever financial stress you are under, winter only draws nearer, and the potato yield is thinning out. Unnamed husband is still off at war and is about to die from unnamed disease and then what? Either you need to bolster Francesca’s dowry so that she can be married off to Gregory the innkeeper’s son, or you need to stop buying ugly, old sweaters from the thrift store. It’s not camp; it has mothballs, and you are a sociology major in the 21st century.