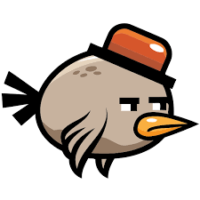 A new report from the FBI agent watching your phone shows that even though most of his feathers are molting by now, Flappy Bird recently celebrated the four-year anniversary of the last time you played with him.

It’s been nearly seven years since the bird was born, but he still remembers that fateful day you downloaded him from the App Store. The two of you played together for hours, racking up trophies. You were in your own little world together. Whenever you tapped the screen, his little avian heart beat a little faster.

Even though you visited him less over the months, the bird still thought you would be a part of each other’s daily lives. He loved starting the morning with brisk runs and ending the nights with sleepy taps. He didn’t even mind the bruises you gave him from running into pipes, the agent said.

When his app went off the app store and you still brought him to your new iPhone from archives, the bird applauded your cleverness. Then, one fateful in 2017, one day the bird woke up and the screen was cold, so cold, and he knew you were gone.

The bird has been marking the days since the app was opened by scratching little tally marks into the rusting green pipes all around him with his little claws. He’s tried to make an anniversary cake to remember your departure but all he has for ingredients are gold coins, which he says are hell on his beak.

He has also been practicing his speed and acrobatic skills, the agent reported, just in case the reason you left him was because he wasn’t good enough at flying. The bird swears he’s better now, even though he’s developed grey feathers and cataracts, and will be so much more fun to be around if you would just start visiting him again.

The agent was last seen furiously trying to reset your phone back to iOS 11 – the last version at which the Flappy Bird app was functional – while quietly wiping away tears with the back of his hand.