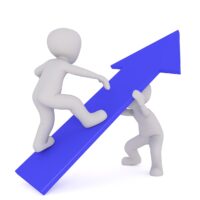 Reports show that large groups of sophomores looking at off-campus housing were alarmed this week to discover that Evanston’s landlords are just as mediocre as all of Northwestern’s white men.

“I expect to be let down by white men in, like, the dating scene,” said Margaret Galvin, one of the sophomores in question. “Having high expectations only to realize that I’ve just found yet another guy with commitment issues and an inability to fix basic problems? That’s what I expect from my boyfriends, not the man I pay $1,000 monthly.” Galvin continued: “It turns out that not only will they not deal with a rat problem, but they may also be the biggest rats of all.”

Another member of Galvin’s rooming group felt similarly. “For some reason, I expected white men to be held to a slightly higher standard outside of Northwestern,” reports Carla Lin. “Instead, I learned that it’s just another set of interchangeable guys named Michael who think a little bit of WD-40 is the solution to all of their problems. I’ll tell the landlords what I tell white men on this campus: your problems run a lot deeper than some lubricant.”

Although Evanston’s landlords repeatedly promised to comment on this story before press time, they predictably did not follow through.