Lucky the Leprechaun Ousted From Cereal Brand After Association with IRA is Uncovered.

For years the mascot’s political leanings have been the subject of speculation given his Irish heritage. 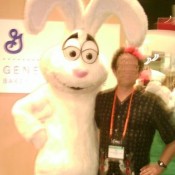 WASHINGTON – The Crunchwrap Supreme Court announced Tuesday their verdict in UBFA v. Kellogg, affirming the death sentence for Barry Kellogg issued by the 11th Court of Applepeels. The verdict did not come as a surprise after a photograph of the defendant surfaced that provided nearly insurmountable evidence of the defendant’s guilt. Ruth Bader Ginsburger, who wrote the majority opinion, summarized the photograph: “Kellogg is standing with one of the victims, Trixie Leporis. Both are smiling; the defendant has evidently