I Still Can’t Believe You Never Found Those Emails 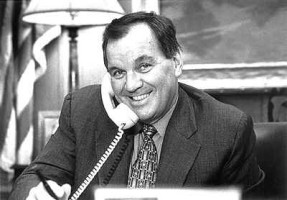 First, I need to thank the journalists. Your utter complacency and lack of fortitude has allowed me to complete my 22-year tenure without a single earth-shattering revelation of absolute corruption or depravity that could have marred this otherwise immaculate career.

I mean, fuck, people! This is Illinois! This is Chicago! I bought out the last honest politician twenty years ago! Yeah, that’s right, I’ve been skimming funds since day one, but you’re not supposed to let me get away with it! We’ve been doing the same dance since my daddy helped the mafia elect JFK, so why you gotta go and fuck with it now?

I skim enough from the coffers to run a third-world country; you find out and get all indignant that it’s somehow happening again; I spend a couple months in a minimum-security resort-prison; you watch a shitty Lifetime Original Movie about the ordeal, and I get to sail off into the sunset on my 50-foot yacht!

I mean, how could you not get me back in ’04?!? Blagojevich and I made Tammany Hall look like the fuckin’ Vatican! And the whole time; unencrypted emails, phone records, hotel receipts, the whole fucking nine yards! I put my own head on a silver platter for you dipshits, and if even a single one of you had bothered calling the Tribune, you could’ve won a Pulitzer, and I could have finally gotten a break from this goddawful job.

Rahm, if you’re reading this, know that you have my full blessing. May your scandals be discreet and non-treasonous. I’ll see you at the indictment, good buddy. But try not to take too long; I promised my son he’d get to be mayor too.