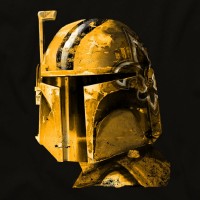 NEW ORLEANS – The New Orleans Saints’ bounty system has resulted in several suspensions, and today another casualty was added to the tally as linebacker Boba Fett was banned indefinitely for his supposed involvement. Fett, a fourth year player from Tatooine Tech, allegedly delivered vicious hits in exchange for a monetary reward. “I trust that Boba Fett will not make such a mistake again,” warned NFL commissioner Darth Goodell.

In addition to these allegations, it is also alleged that Fett used several banned accessories during the 2011 season, including a dark helmet visor and a jetpack. Fett’s coach, Sean Payton the Hut, was asked about the charges against his linebacker. He responded “Mmmm ok…spasteelya du oonta Boonta.”

Fett’s suspension may actually work out well for the Saints, who have several young players waiting in the wings at linebacker. “We have another great young player out of Tatooine Tech who has, at the very least, the same level of skill as Boba,” explained defensive coordinator Moff Gregg Williams, “It’s almost like he’s an exact clone of Boba.”

Fett was already expected to miss most of the 2012 season as he recovers from being eaten by Lions DT Ndamukong “The Sarlacc” Suh during last year’s playoffs.